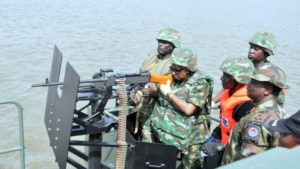 As part of its continuous fight against crude oil theft and pipeline vandalism in the Niger Delta, the Nigerian Navy (NN) yesterday said over 50 illegal refineries have been destroyed in the past 32 days around Yeye, Burutu and Ibafa creeks in Delta State.

At the different creeks where the defence correspondents were taken to by the Executive Officer, Nigerian Navy Ship (NNS) Delta, Captain Festus Adewuyi, a massive and well-coordinated operation of crude distillation processes were being carried out.

Despite continuous efforts by the navy to destroy such illegal refineries, more keeps sprouting especially at Benet Island, where over 50 of 10,000 litre metal tanks were found.

Already, the navy has identified over 900 illegal refinery camps within NNS DELTA’s area of operation (AOO) with the bulk of it located around Ughelli and Warri South.

According to the Commander, NNS DELTA, Commodore Ibrahim Dewu, several persons have been arrested for various maritime offences and handed over to prosecutorial agencies, while the vessels were being kept in trust for the agencies in line with the Harmonised Standard Operation Procedure (HSOP).

Lamenting the delays in prosecuting the cases, the commander noted that it was costing the NN so much money to maintain the vessels to avoid them going aground.

He said some of the vessels have been in the jetty for up to seven years, while the recovered 185 outboard engines, hoses and other equipment recovered from the suspects or sites were littering the base.

Dewu said the cases of more than six ships apprehended by his command over alleged stolen oil in the last six months were yet to be resolved in courts, adding that the criminals were being emboldened as a result of the slow pace of justice.

The Director Naval Information, Commodore Suleiman Dahun, who led the tour delegation, said the exercise was to expose journalists to some of the daily routines of the navy and the terrain its personnel work in.

While noting that the armed forces were being funded by tax payers, he said the navy understands the need to make the Nigerian people understand the complexities of what the service does towards security and safety in the maritime domain and on land. 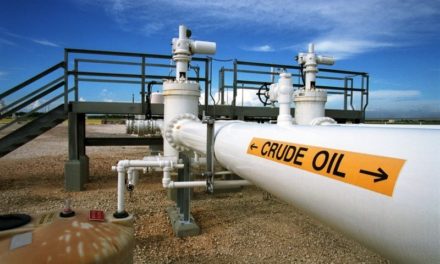 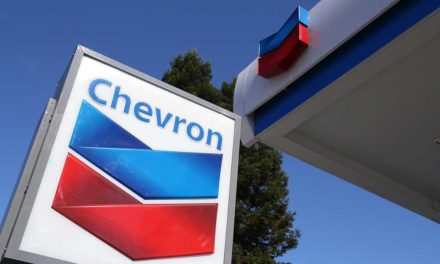 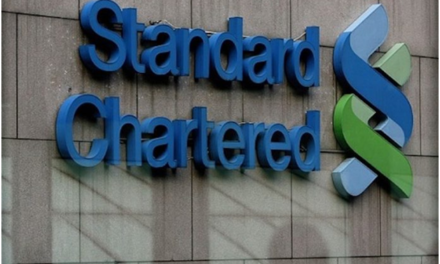